While the LCC technician that runs the 3D printer, Andy, uncovered that I am a Chelsea student, I still weirdly have access to the CNC router. Perhaps Natalie, the CNC technician, knows of this, but chooses not to bar me from using the machine.

Part of using the CNC is to experiment with how the CNC cuts softwoods or hardwoods, and the different kinds of woods within these larger categories. As per my earlier blog post about sourcing the material, when I visited SL Hardwoods, I picked out some cedar, beech and some maple planks. Altogether, including the D&AD prototype, I will or have cut softwood blocks of pine and cedar, as well as hardwood blocks of beech, maple and oak.  I think this gives me enough variety to show what works and what doesn’t, in terms of cutting with the CNC machine, sanding the blocks and general wear and tear of the game pieces.

In my D&AD prototype, not all of the contents of the prototype were completed until very close to the physical submission deadline. Without all the contents available, the arrangement and presentation of the packaging were not considered, other to neatly organise them in such a way that all components fit inside the wooden box.

Reviewing the shapes and process of the oak blocks created through the CNC, the CNC gives greater control and latitude with the material. The constraints of making and sanding a block by hand are largely removed. On top of the experimentation of the wood material, I also felt I could also experiment with how the blocks are laid out within the packaging of the game. This also forces me to create more obscure shapes that don’t strike as children’s toys.  Armed with the information as to CNC router works now, I created a puzzle concept out of the cedar wood. This puzzle would fit roughly 30cm x 30cm dimension. 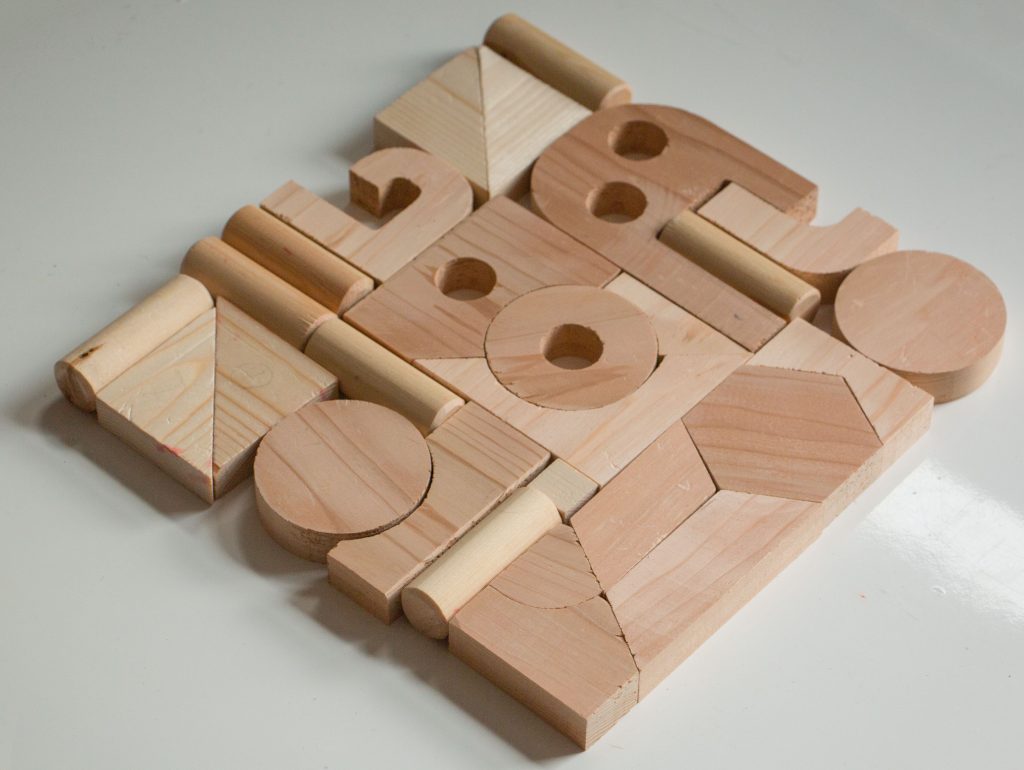 My initial suspicion was, as cedar is a softwood material, that the CNC router will eat the plank, or cause significant burst out (uneven, excess material that will need to be sanded down). When Natalie cut the material, I was largely correct on this. Additionally, the material has large spores, and could break with enough force. 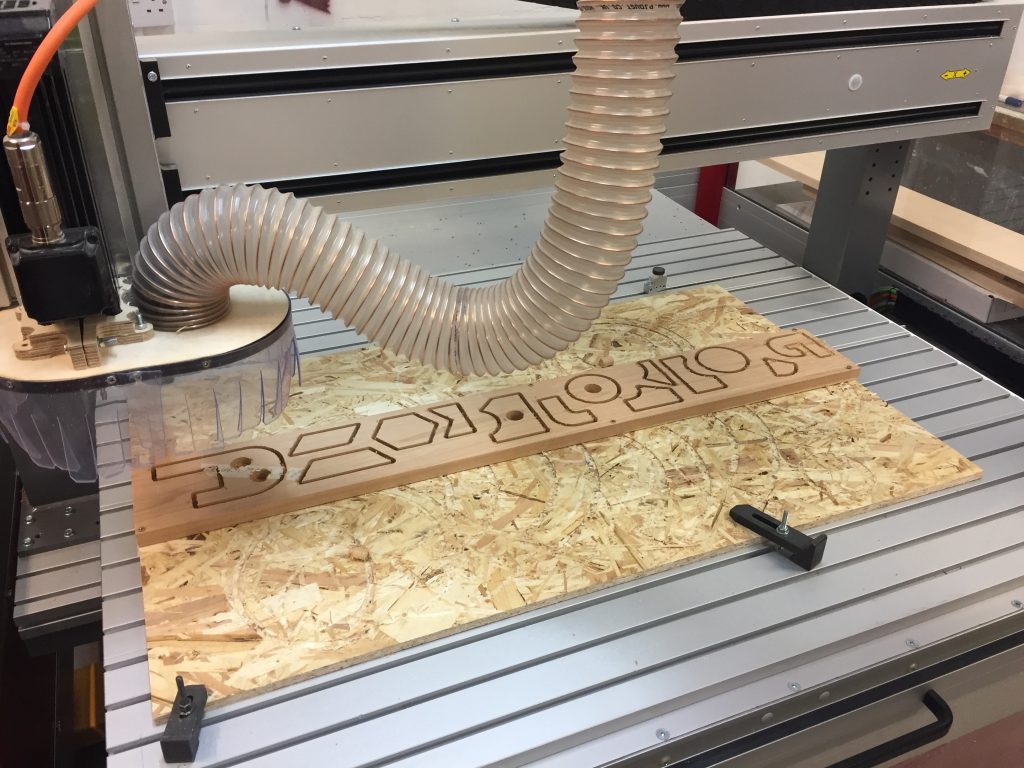 I had attempted to spell the name Misfits using the blocks in Illustrator, however, the approach seemed a bit ham-fisted and obvious. 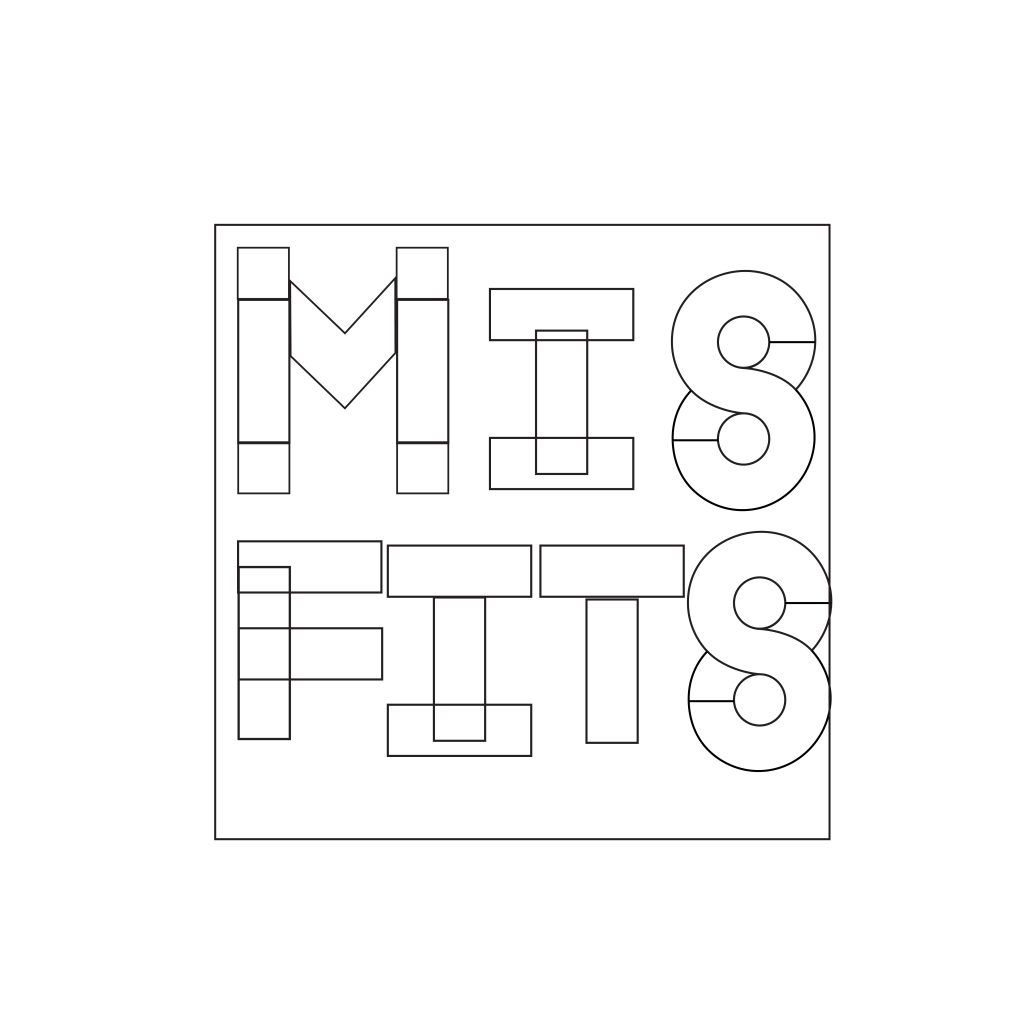 I’ll wait for David’s feedback, but if he approves of this puzzle concept, I will refine this with the beech or maple blocks to include all player’s blocks. At the moment, the blocks amount to a random smattering of Misfit and Base Blocks. 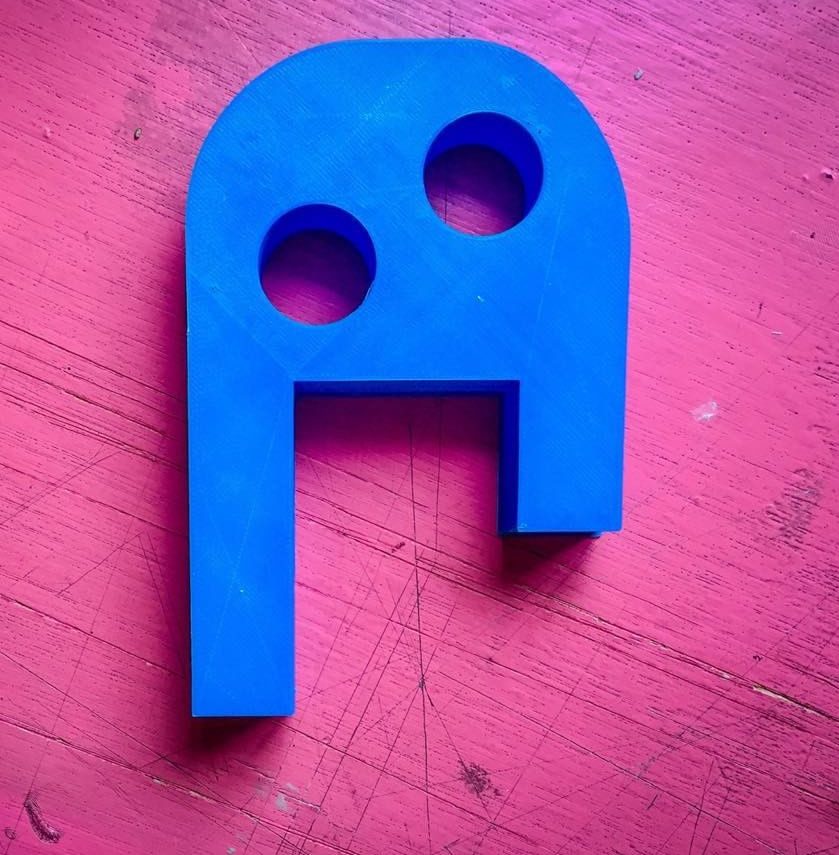 We are an independent agency filled with fun, interactive & creative ideas.